How Robert Got $2 Million More than He Expected 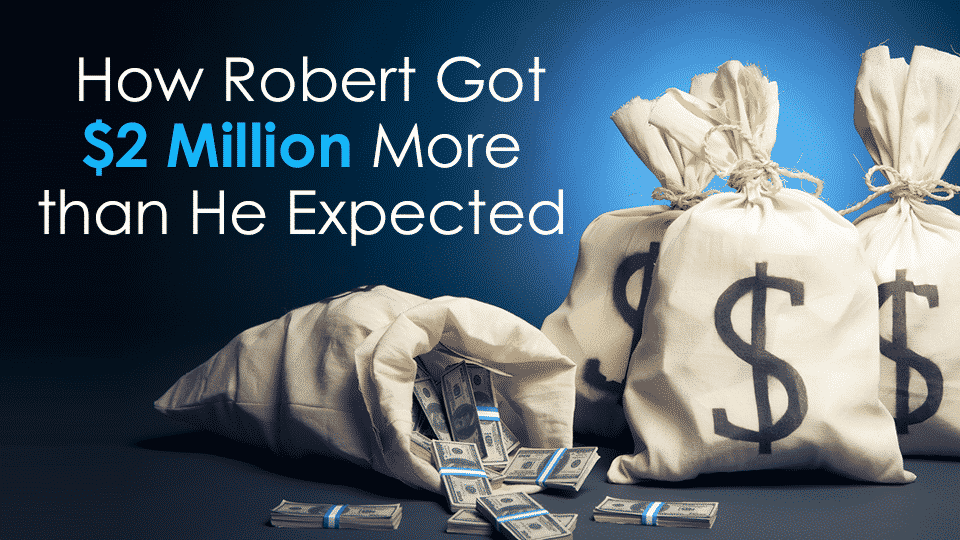 Every day at Ashar is a busy one—and we like it that way! Still, we have so much going on here that I savor the times I can snatch a few minutes to walk to buy a healthy sandwich for lunch, like today. This afternoon, I was walking back to our office when I spotted something green on the sidewalk. Hello, Andrew Jackson. Surprised at my good fortune, I tucked the bill into my pocket and forgot about it. When I found it again at the end of the day when I reached into my pocket for my keys, it was a nice reminder of that good moment.

Isn’t it a great feeling when you find an unexpected $20 bill on the sidewalk? Imagine how much better it would feel to find an unanticipated $2 million. While it sounds crazy, that’s exactly what happened to Robert*, a recent client of ours.

Robert had opened a private medical practice in his early 40s, played golf on the weekends, and was a longtime supporter of Doctors without Borders. He was a bigtime family man—he had four kids and two step-children. He had bought a comprehensive, 20-year term life insurance policy during middle age to provide them with financial security no matter what.

When we met Robert, he was 69, retired, and had just been diagnosed with cancer. His kids were grown and no longer financially dependent on him, and the policy’s terms were about to expire. He had many things on his bucket list that he wanted to accomplish, if he only had the funds. His goal was to dump the policy—after all, the cash surrender value was zero dollars, and it was basically an albatross around his neck.

Luckily for Robert, his CPA Alex* had heard Ashar representatives speak at a conference, where he’d learned about the existence of the life settlement market. He mentioned that Robert’s policy might be worth something on the secondary market.

“I had worked with Robert for a long, long time,” Alex said. “He referred a lot of business to me over the years, and I wanted to help him out in return. I thought Ashar might be able to find him a little bit of money in the secondary market.”

Based on his responses to Ashar’s Policy Value Quiz, Robert learned that he was likely to qualify for a life settlement. Suddenly his goals went from just dumping his unwanted policy to getting Fair Market Value—he wanted to travel, play golf in Hawaii, and help his grandkids with their college funds.

Ashar reviewed the policy for its strengths and weaknesses, conducted a medical review, and analyzed the estimated value of the policy before beginning the brokering process. After coming to an agreement with the buyers, we held a roundtable to ensure that we had done our best to find a quality transaction for the client.

When it was all said and done, Ashar got Robert a settlement of $2.72 million when he was originally going to let it expire. He was able to travel, give a large check to Doctors without Borders, and set up educational trusts for his grandchildren.

We did this for Robert, and we can do it for you, too. Talk to your trusted financial planner today about selling your life insurance policy on the secondary market.

*Names have been changed to protect our client’s privacy.