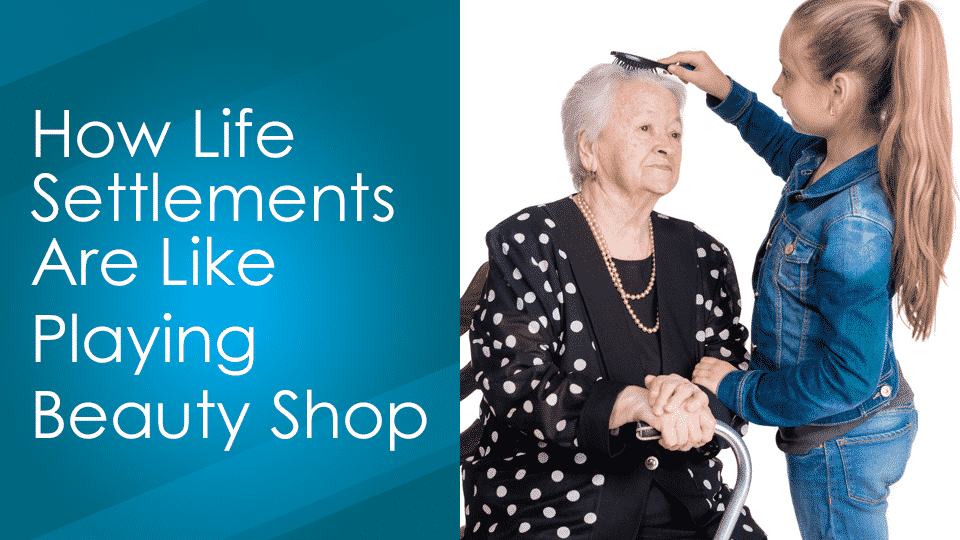 This post is part of our series for advisors to pass to their clients. We at Ashar believe that knowledge is power, and we want to help you provide the resources that policy sellers need to understand the life settlement industry.

My little granddaughter came to visit the other night, and she is just the cutest thing. She’s six years old with honey-blonde hair and sparkly brown eyes. She had a great time playing in the yard while I made hamburgers, and after dinner, she wanted to play beauty shop with my wife.

Harmless fun, right? My wife grabbed some old makeup, hairbrushes, and costume jewelry and the two had a ball… right until Ainsley started asking if she could cut Grandma’s hair. “I’m really good at it, I promise!” she protested. We had a hard time explaining to her that no, cutting hair is something that only grown-ups can do, and even then, they need licenses.

It all reminded me a bit of the life settlement industry. The cosmetology industry gives out licenses to ensure that everyone is following health and safety regulations and to help patrons feel confident about their beautician’s skills. Similarly, about 85 percent of states in the US regulate life settlements.

Many states have required waiting periods that vary in length from two years to five years, which keep strangers from purchasing policies with the intent of immediately reselling them. However, most of these states allow you to skip the waiting period if you meet the criteria, which include having a terminal illness, divorce, retirement, or disability.

The life settlement process is one of the most transparent and fully disclosed in the entire insurance industry, and this has been working to protect policy sellers like you.  In fact, only two consumer complaints involving life settlements have been reported nationally in the last three years, according to the National Association of Insurance Commissioners’ Consumer Information System.

90 percent of seniors who let their policies lapse or surrender have said they would have pursued a life settlement if they had been notified of the possibility. In response, six states have adopted the Life Insurance Consumer Disclosure Model Act, which forces insurance companies to notify seniors whose policies are about to lapse or face surrender of their alternative options, including life settlements.

What would have happened if I had allowed Ainsley to cut Grandma’s hair? Well, my wife probably would have been dissatisfied with the cut, but still, it would have grown back. Meanwhile, if a senior were to work with an unlicensed broker, he or she could leave thousands (or even millions!) of dollars on the table, be the victim of fraud, or have their sensitive medical information spread around.

The Ashar Group is nationally licensed and in good standing with all regulatory requirements and departments of insurance, making us one of the most compliant and licensed settlement brokerage firms in the industry. In fact, we even hold licenses in California, New York, and Texas—which are known as having the most stringent regulations in the country. We also value keeping your private information private, which is why we follow all federal privacy laws, including HIPAA, to the letter.

Are you ready to do business with a company you know will follow the rules before they try to cut your hair? Contact Ashar today to see if your client’s policy could fetch a cash settlement on the secondary market.