Getting on the Same Page: Talking to Your Aging Parent About Long-term Care Needs 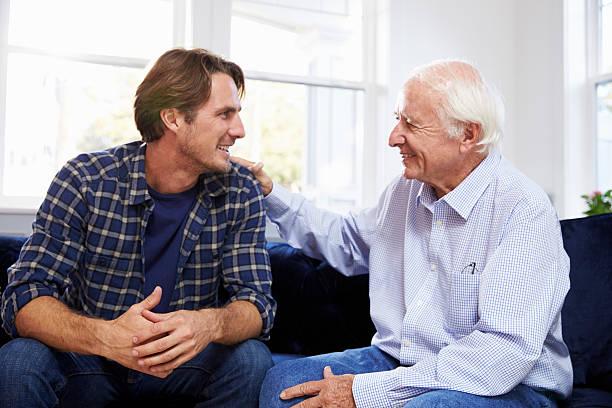 It may seem that “that day” will never come—until it does. “That day” is the day one or both of your aging parents requires long-term care. If you haven’t already had the important conversations about what this means and who will be responsible, it can be a much more difficult day than it needs to be.

Recent research conducted by the financial services sector surveyed adult parents and their children on the subjects of retirement income, eldercare, and estate planning. The findings, released in the report Family & Finance, demonstrated that conversations about these matters routinely don’t occur, or when they do, are frequently characterized by communication breakdowns that set up parents and children alike for significant emotional and financial stress.

Some of the findings are as follows:

In short, the survey showed that parents and children often have very different assumptions about the roles children should play in their parents’ long-term care needs.

Especially in families in which open communication about difficult subjects has not been part of the “family culture,” conversations about long-term care can feel daunting to everyone concerned. Having these conversations ensures that the best interests of all parties are considered. In fact, the financial services research survey found that families that held detailed discussions about these matters were more secure both emotionally and financially than families that didn’t.

If in the course of these detailed discussions you discover that your parent is facing an urgent need for care, or other pressing expenses that exceed their financial capacities, you may want to explore the option of a life settlement.

A life settlement essentially allows your parent to liquidate their life insurance policy by selling it to a licensed buyer for more than the policy's cash surrender value but less than the net death benefit. Under certain conditions, this may be a best-case scenario in making cash available to better support the needs of your parent while he or she is still living.

If you or your parent are struggling with questions about how best to afford long-term care or other expenses, Ashar Group can be part of the process of determining whether a life settlement makes sense for your situation. We’re secondary market and valuation specialists whose experts adhere to the strictest of ethical standards, and we invite you to contact us today.